Get lost in this great collection of sayings from church signs. Collected in historic and beautiful Lancaster County, PA. These sayings are funny, witty, thought-provoking, and challenging. 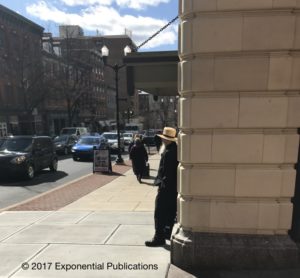 Watching all the Girls go by

This was taken in downtown Lancaster City on a beautiful Saturday afternoon near the Central Market. Most likely this Amish gentleman had been working at one of the market stands and was waiting for his ride to pick him up on West King Street.

Perhaps he called up and is waiting on an UBER driver to get him.

I respect their wishes of not having their faces shown in photos and waited for him to look away from my camera. Just another day in Lancaster. 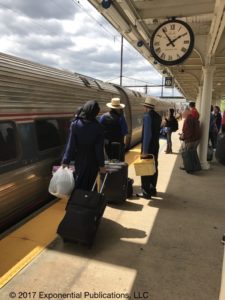 This is my first time seeing Amish using Amtrak to get somewhere. This was in Lancaster as I was getting off the westbound Keystone train from Philly heading towards Harrisburg.

It is my understanding that Amish don’t fly on airplanes.  Obviously they use trains. 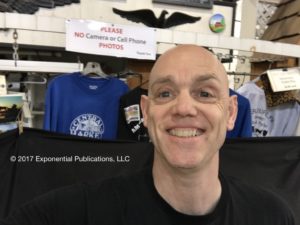 This was taken in the Lancaster Central Market – while it was closed today (notice that this market stand was covered). I was in setting up a credit card machine for a new customer and tweaking another for an existing customer.

The Amish community generally does not like photos to be taken of their faces – in reference to the Ten Commandments from Exodus 20:4-5 – Commandment number two about ‘Graven Images’.

I understand that photos of children and youth are permissible because they have not yet joined the Church. 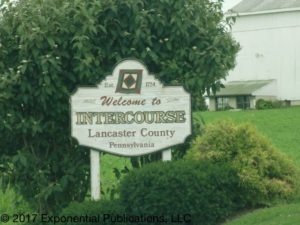 Historically the Village of Intercourse was formerly known as Cross Keys. The phrase “sexual intercourse” originates in the 1940’s or 50’s. Intercourse prior to that referred to “social intercourse” – visiting the local pub or general store and sitting around the cracker barrel.